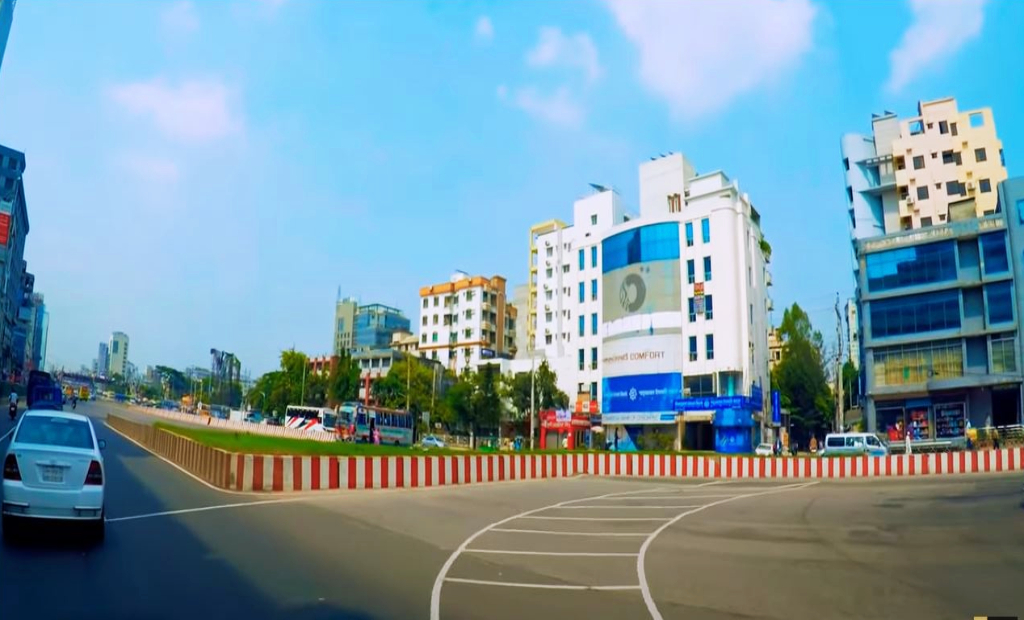 Badda is located in the northeast of the busiest Dhaka. Badda can be divided into two areas. One is North Badda and another is Central and South Badda. North Badda mainly consists of Shahjadpur, Namapara, Bawaila Para, East Nurechala and Khilbari Tek. The commercial hub, Pragati Sarani, which is the main road of the area, has a plethora of corporate offices. On the other hand, the entire Central and South including Madhya Badda, Merul Badda, Tekpara, Merul, Sona Katra, Sitkhali, DIT Project, East Merul Badda, Anand Nagar and Aftab Nagar. Location of Badda area. Badda is a well developed area with both residential and commercial facilities.

Badda is gradually becoming one of the main commercial centers of Dhaka. Banks, offices, restaurants and outlets of various brands have been built on both sides of Pragati Sarani and Gulshan Badda Link Road. A lot of art works can also be seen in this area. Some housing projects have been developed. Among them, Aftabnagar is a well-arranged and tidy place. Badda has all the civic amenities within reach, so the demand for properties here is also high.

Badda has become an important area of ​​the city and the transportation system is also very good. Pragati Samari and Gulshan Badda Link Road are the most important roads in this area. Almost all the buses of Dhaka route travel through this road. And rickshaws are very useful vehicles for internal transportation of Badda. Also the proximity to Hatirjheel is an advantage. The people of this area can use it well. In the near future, if the metro rail is launched, it will be a different example in the transportation system of this area.

Muslim residents do not have to face any difficulty as there are numerous mosques throughout Badda. Beautiful mosques like Baitur Rahman Jame Masjid can be found in Badda area. For Christians there are Badda Baptist Church and Baridhara Baptist Church. Hindus can visit Sri Sri Radha Govinda Temple. .

Hatirjheel is known as one of the most beautiful entertainment centers of Dhaka. Many people gather here for morning trips or evening chats. Besides, Aftab Nagar Lake is also very popular among the city dwellers.

Two prosperous areas of Dhaka like Gulshan and Baridhara are very close to Badda. Gulshan is connected to Badda through Gulshan-Bada Link Road which is one of the most important roads of Dhaka. This road is also accessible from Badda to Mahakhali. Baridhara is connected to the north-west side of North Badda, through Madani Avenue. Again, the two areas immediately adjacent to Central and South Badda are Rampura and Banashree. All in all, Badda’s location is important to the surrounding area.

Badda has many options of both local and foreign dishes. Chef’s Table Courtside is an upscale food court which is quite popular here. Also North End Coffee Roasters is popular all over Dhaka city. Among the desi dishes Nayan Biryani House’s Biryani is quite famous. Besides, Bahari street food is available in Gudaraghat and Aftab Nagar in Hatirjheel. Various fast food and Thai-Chinese restaurants can also be found.