Mirpur is located in Dhaka city with a vast area of ​​58 square kilometers. It is not just a big city, but about 6 lakh people live in Mirpur. If you continue along this road, the location of all the important places of Dhaka city. Due to the unprecedented development of the Mirpur area in the past few decades, the demand for housing in this area has increased many times. Although the demand is wide, Mirpur is able to provide everything within the means to the people of Dhaka.

Although Mirpur is one of the oldest areas of Dhaka, the touch of modernity around it has made Mirpur unique. Mirpur has been the jewel of the eyes of the middle class since its inception until today. Mirpur is able to meet the needs of such a large population as it is well developed in both residential and commercial facilities. Garment factories, large banks, government and private organizations have been established in the north of Mirpur. And many start-up commercial organizations have been established in the south of Mirpur. The combined result of these things is that the demand and availability of properties in Mirpur is more than any other area of ​​the city.

The biggest advantage of the people of Mirpur is the transportation system. From this area to any part of Dhaka, there is frequent public transport Like Panthpath, Dhanmondi, Newmarket, Azimpur can be easily traveled along Mirpur Road, if you want to go to Rokeya Sarani, you can go to Farmgate, Tejgaon, Shahbagh, Gulistan and Motijheel areas. In general, any part of Dhaka city is a very easy destination from Mirpur.

The name of the educational institutions of Mirpur will not end. From primary level to high school, college or university, everything is adequate here Mirpur ranks among the top local educational institutions of the country including Scholastica Mirpur, Manipur Higher College, Cambrian School and College, Bangabandhu College, Dhaka Commerce College, Bangladesh University of Professionals, Military Institute of Science and Technology.

Bangladesh National Zoo is located at Mirpur-1Where hundreds of thousands of visitors flock every day. Next to it is the botanical garden which has about half a million trees. Bangladesh’s national cricket stadium Sher-e-Bangla Stadium is also located in Mirpur. In addition, there is a national swimming complex, Shaheed Suhrawardy Indoor Stadium in Mirpur All things considered, Mirpur area can be said to be an ideal place for recreation and sports. 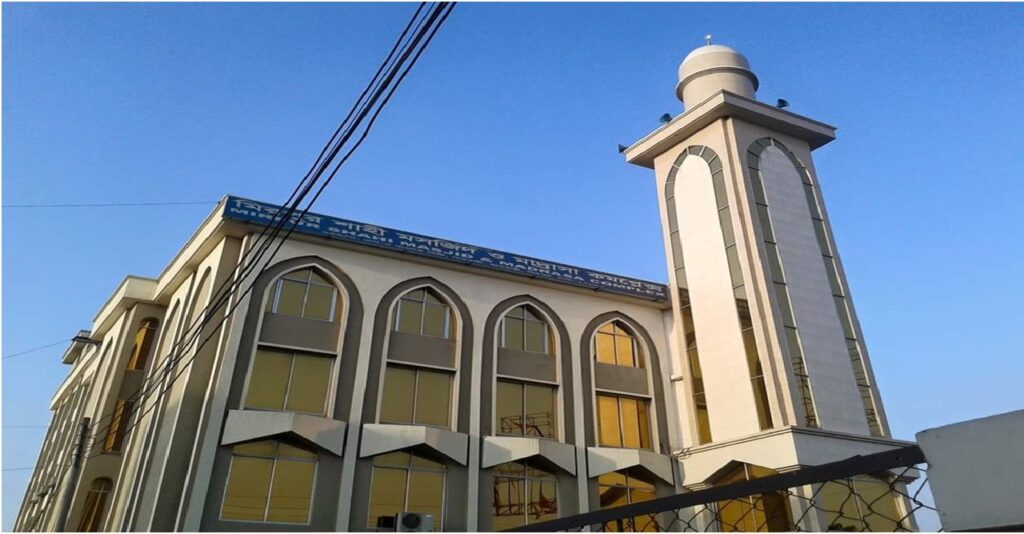 There are numerous mosques and temples in Mirpur area. Masjid Al Quet Al Kabir and Baitul Azmat Mosque are two of the biggest mosques in Mirpur. You will see one or two mosques in almost every 100 square meters area There are also enough temples in this area for the people of Hindu religion.

Gabtali, Kalyanpur and Shyamoli are in the south-west region of Mirpur. Agargaon is a little further south where the abundance of government offices is noticeable As Mirpur Road is connected to Dhaka-Aricha Highway, there is a good transportation system with Dhanmondi and surrounding areas. Moreover, if the Dhaka Metrorail project is implemented, the people of Mirpur will benefit the most. It should be noted that a large part of Mirpur is in the cantonment.

There are numerous food hotels and restaurants all over Mirpur. Zaytun Restaurant, Grand Maharaj, Hebang, CHT Express, Chillers, Pizzaburg are some of the famous establishments among them. Moreover, Mirpur-1

So, the whole city is famous for its street food. All in all, Mirpur is an ideal place for foodies.

Banarsi Palli and Nannu Bazar are on the north side of Mirpur. People from all over Bangladesh come to Banarsi Palli to buy essential items including wedding shopping. Apart from Capital Tower Shopping Complex on Darus Salam Road, Mirpur Shopping Center, Rajnigandha Shopping Complex are very popular near Mirpur residentsBesides, there is a big market for hardware and electronics in Mirpur. BCS Computer City is the biggest computer and electronics market in Bangladesh.